Quick Index This year wasn’t nearly as busy as the Summer of 2003, the only real change this year was the replacement of the 15m stack with new M-Squared antennas.  The hard part was done in 2003 with the removal of the monster 8 element Telrex Yagi, after that moving all the little 4 element ones was a snap. This sequence just shows the process of removing and reinstalling the 15m stack. 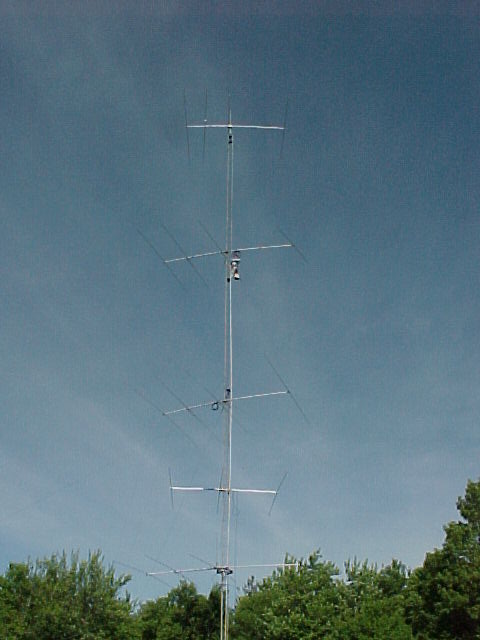 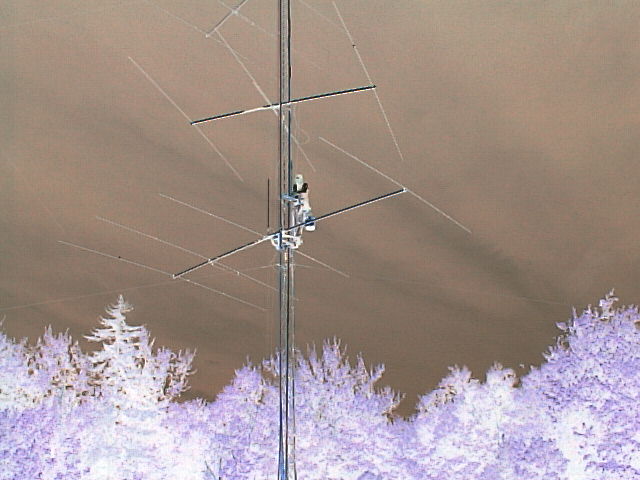 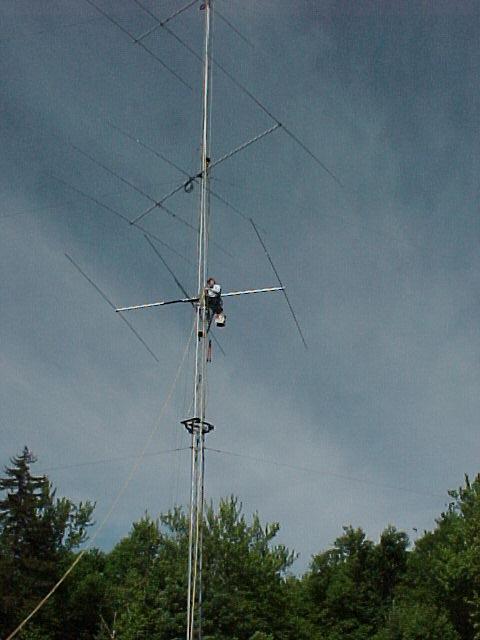 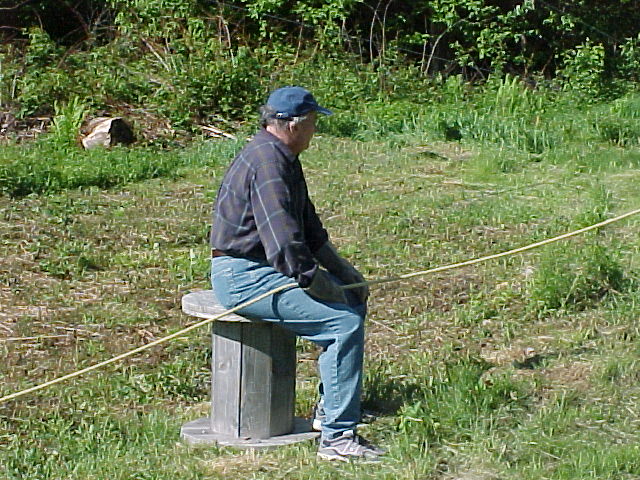 N1SR hardly at work on a tag line 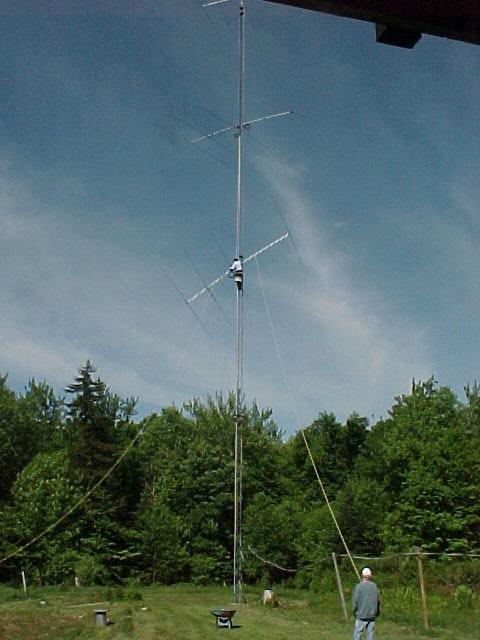 These were badly balanced designs 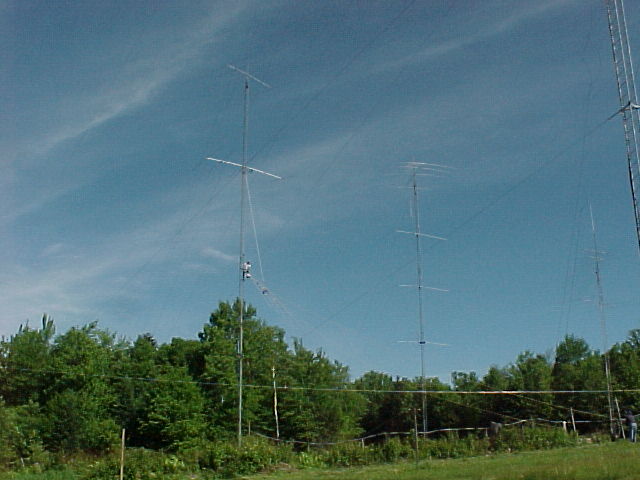 The far away view 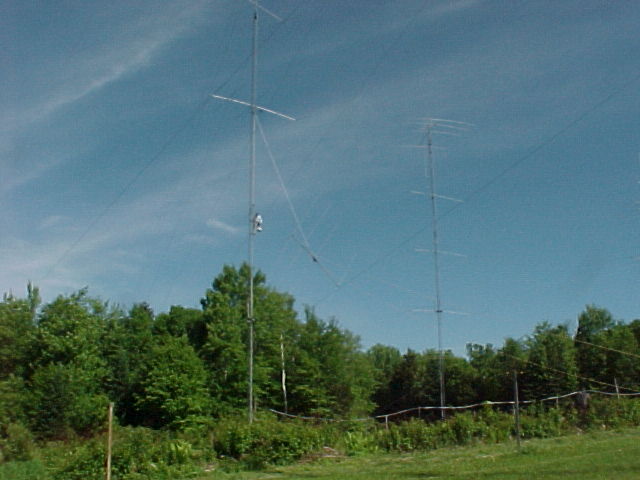 Still on its way down Removing the 90’ antenna, note universal wrench hanging below me Closeup of rigging, note how far back balance point is and loop over element to tilt it down from guys This one balanced a bit better 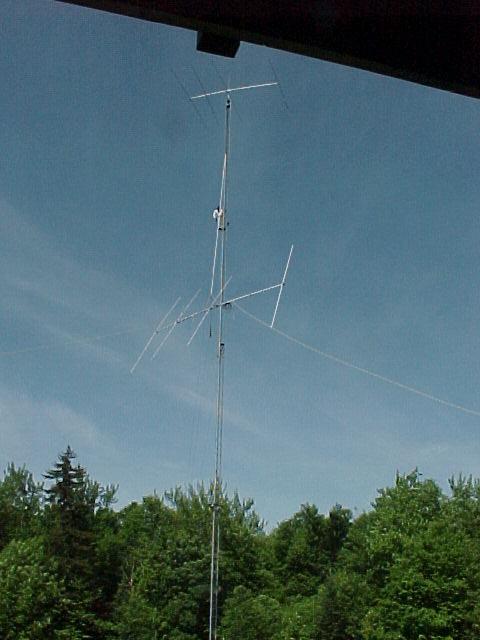 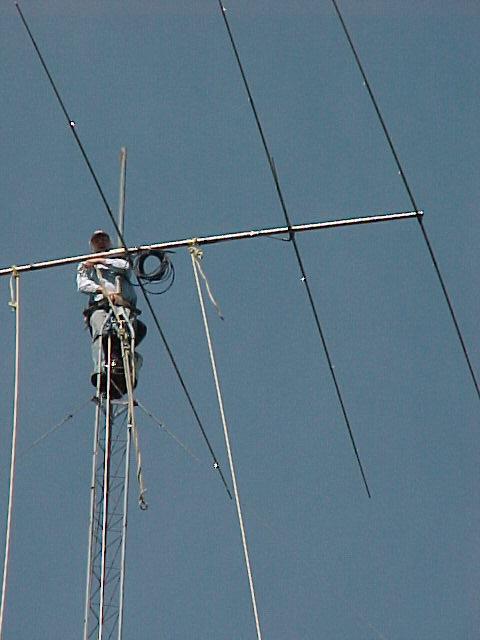 Rigging the top one. 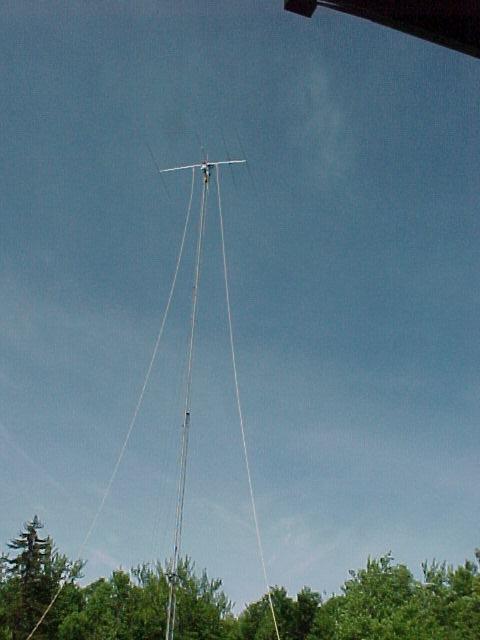 It’s a long way down on an empty tower. Putting up the new one at 60’, it was too windy that day to do the top ones. South one in place, this is installing the one on the ring rotor at 30’